Kingsview Church is a loving church community based in the Kingsview Village-Westway neighbourhood of Toronto and beyond. We are a diverse group of new and established Canadians who are learning to follow Jesus together. At Kingsview, we value connections between people of all colours, cultures and ages and believe that the Holy Spirit is uniting us in Jesus. We exist to serve one another and our neighbours, whether down the street or around the globe. 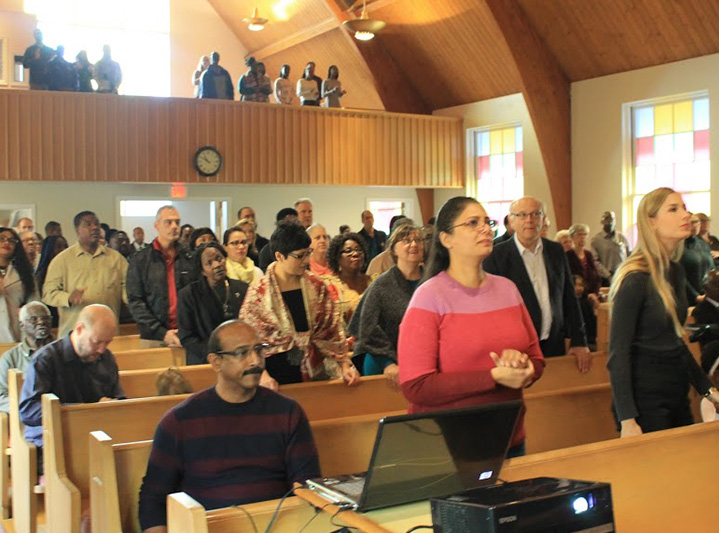 Kingsview’s story is closely connected to the story of our neighbourhood. Kingsview Church was created as a new initiative out of several families who had been a part of former west Toronto Free Methodist Churches. The fellowship that began in 1963 by meeting in Kingsway Village Public School and in members’ homes eventually was able to purchase the land on which the church building and parsonage now stand at 11 and 15 Kingsview Blvd. At the time our church facility was erected, no Dixon high-rises existed. The north side of Kingsview Boulevard was still farmland. The congregation were white middle-class families, many of whom had long connections to the Free Methodist denomination.

Over time, Kingsview Village grew and changed. The old borough of Etobicoke was thriving. Homes, high-rises and smaller apartment buildings were built all around, filling in the old farmland with new families and businesses. Kingsview Village became a “landing spot” for new immigrants as they entered Canadian life. Many immigrant families settled in the neighbourhood transforming Kingsview Village into a multicultural hub. Immigrants who had connections to Methodist churches in other parts of the world found Kingsview Church and made it their home. Thanks to the welcome of some of the key founding families and various pastors, those newcomers stayed and began to change Kingsview into a multicultural church that mirrored the surrounding neighbourhood. Today we’re comprised of people with backgrounds from 30 different countries.

Being good neighbours, locally and globally has been a value at Kingsview from its beginning. The programs and initiatives change, but Jesus’ example of social justice remains as our guide. Historically and today many of the ways we serve the community focus on children, youth and families. From bussing neighbourhood kids to Sunday school to tutoring children in local schools and homes; from church hockey leagues to Hoops Unlimited basketball program; from “CYC” children’s program to Studio 15 arts and music program; our current community initiatives include a breakfast program at the local high school, a bicycle repair shop (Bike Shop), and on-site ESL classes. Globally, we have been involved in building a hospital in Dessalines, Haiti, an operating room in Mogadishu, Somalia, and a church/community centre in Esperanza, Dominican Republic. We have a long-standing child sponsorship program in the Dominican Republic that will soon become its own registered charity. We look forward to where and how God will lead us to serve our neighbours in the future.

Our history of welcoming in and sending out informs our dreams of who God is calling us to be as a community of faith. We look forward to the future as we continue to live out the love of Jesus to our neighbourhood and beyond. 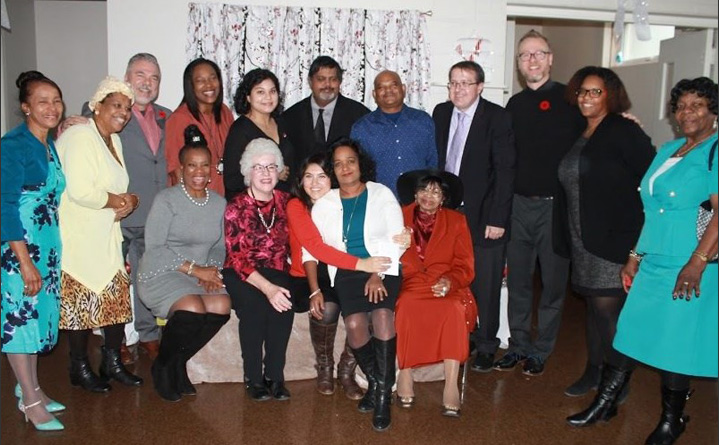 At Kingsview we believe we are called to be witnesses of the Kingdom Jesus began through his life, death and resurrection. The Kingdom of Jesus is about right relationship with God, with our fellow human beings, and with the created world. We learn to live as Kingdom citizens as we follow Jesus and are empowered by the Holy Spirit. Kingdom living takes place as we learn from the Bible, worship and pray together, and serve one another and our community.

We believe that Jesus’ kingdom invites us all to find our true humanity in his example of self-sacrifice. We believe we are called to take responsibility for our neighbourhood, to work for the good of all citizens in our city. So we come together as people from many cultures and backgrounds humbly learning from one another, united in our desire to be transformed by God’s love. 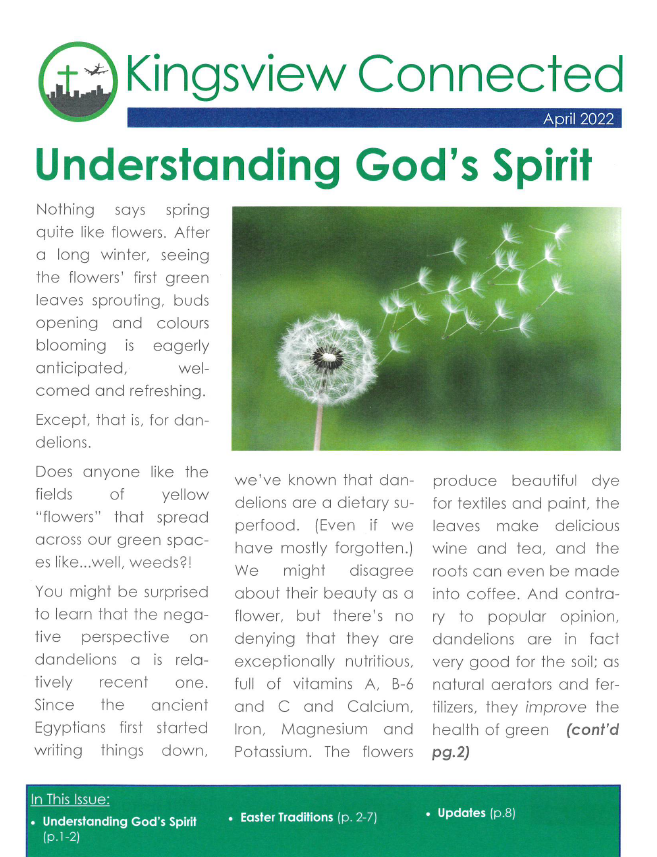 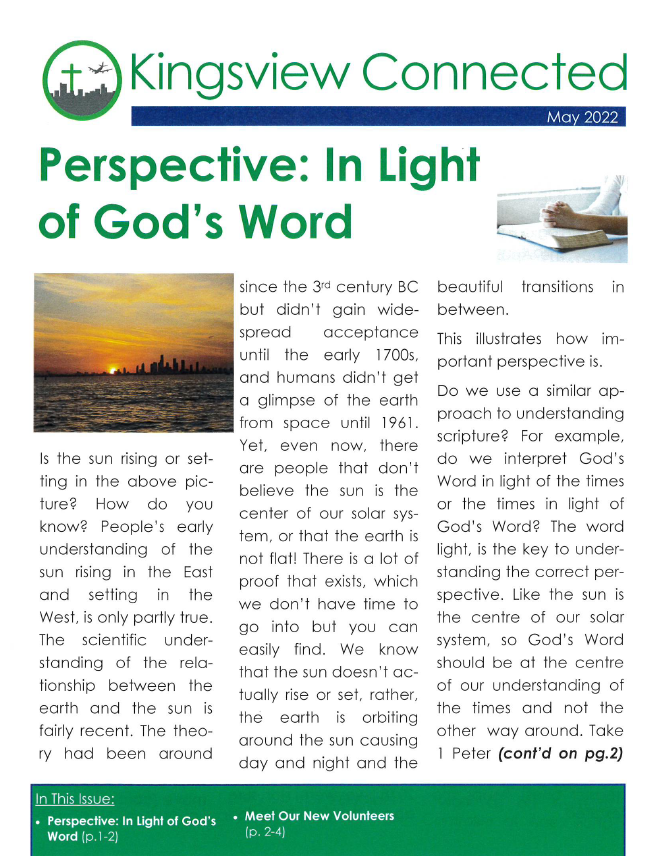 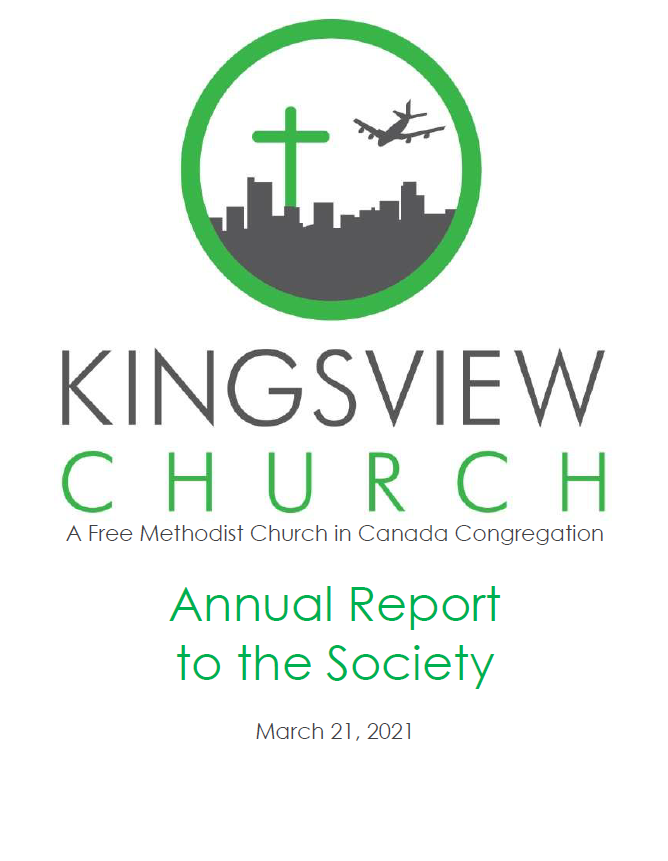 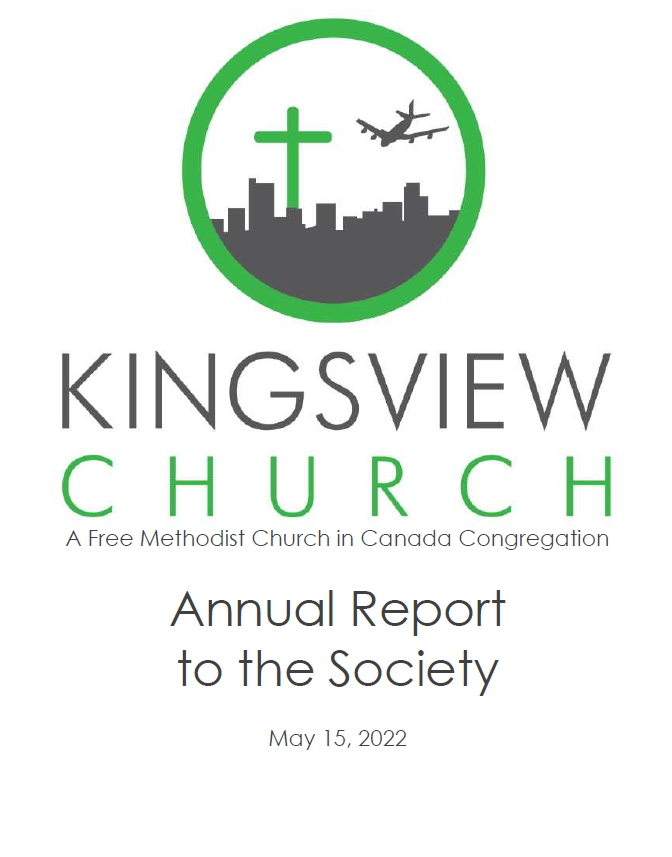